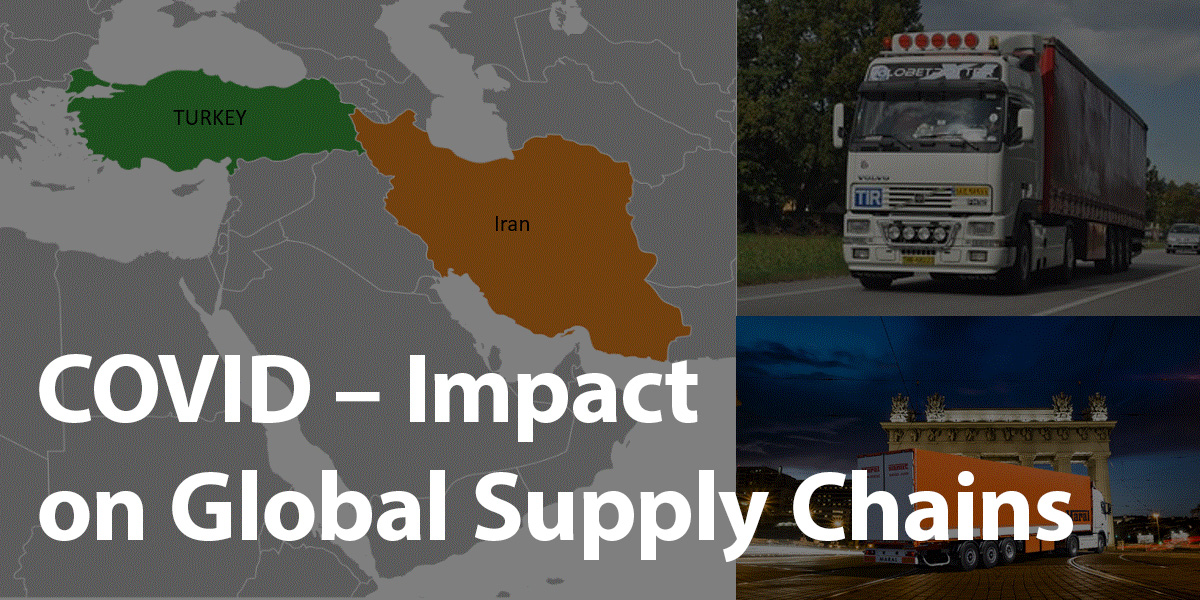 As predicted two weeks back, the worst impact of COVID-19 on global supply chains is yet to come, and only after a fortnight, early signs have started to appear. Shipping lines initiate the domino effect as different vessel operators are taking out vessels due to a lack of demand from lanes originating or terminating at Chinese ports.

This move coupled with the shortage of TEUs (twenty feet equivalent units commonly known as containers) being piled up at Chinese ports and container terminals caused serious challenges for logistics and planning professionals across the globe. Just to give readers an idea of how serious this is it is estimated that 65% of global trade is done in containers and approximately, there are 172 million TEUs in worldwide circulation with a throughput of 802 million and roughly 29% of which passes through Chinese ports.

European manufacturers supplying to Asian customers are the first to experience this and as days will pass, the number of blank sailings (TEUs left at origin because the vessel skips the port, or there is a lack of space on a vessel) will only increase. Especially Turkey is having a hard time keeping its factories going but luckily having a land route with Europe, trucking remains the alternate option but with a heavy price tag.

Second in line is Iran, though Iranian trucks can freely go inside Europe (Iran is a member of the International Road Union) as the number of confirmed cases of the virus in Iran steeply increases Turkey is not allowing Iranian trucks inside its territory and the majority of European trucking companies have canceled confirm loads bound for Iran as a precautionary measure. To ensure smooth trade flow between the two countries, special zones are being discussed at the border crossing between the two nations. At these points, prime movers will be changed before entering or exiting each country. However, this will take months to implement.

Further down east in the Indian subcontinent, thanks to high lead-time from Europe, supply disruptions are still manageable but not for long. Currently, the delays communicated by shipping lines are an average of seven to ten days, but this will increase for the reasons mentioned above.

Going forward, it is all hands on deck. The sales and marketing team needs to prioritize the customers based on top-line contribution and strategic fit, supply planners need to evaluate what is needed and what is not so that logistics teams can secure the space for what is needed on an urgent basis. Whereas buyers need to scan the local, sourcing options or explore which entities are buying from the same overseas suppliers to ensure the wheel keeps on turning. The ride is about to get bumpier so sit tight.

Ehtisham Naqvi is an industry expert in the field of International Trade and Logistics with a focus on cross-border trade in the GMEA region.

BRASI opened its doors to individuals and businesses for training and development in 1981. We have been offering extensive and well-planned courses in the field of economics, supply chain, and operations management.